Award winning works for the 2021 70th Asahi Advertising Awards sponsored by Asahi Shimbun were announced in the morning edition on July 10th. The Tombow Pencil Co., Ltd. themed “Tombow Love Drawing” (TV Nameplate 4-Point Series) was selected for the “Asahi Advertising Grand Prix Award” in the open call section.
Also in the current term, “Selection” and “Judging Committee Award (photo)” were selected from the works with Tombow Pencil themes.
There were a total of 1,335 entries for the Asahi Advertising General Public Offering Division Awards (there were 54 theme issuers); of which 149 entries were for Tombow Pencil themes.
Continuing from the previous year we will continue to participate as a theme company in the general public offering section of the awards. The theme for 2021 was “TOMBOW Stationery Brand Advertising”.

We are very pleased that many creators have tackled the theme of “TOMBOW Stationery Brand Advertising”, deepened thoughts through stationery and writing tools and established them in advertising expressions. At the same time we would like to express our deepest respect for the knowledge and insights of the selection committee members who selected the awards from these works. 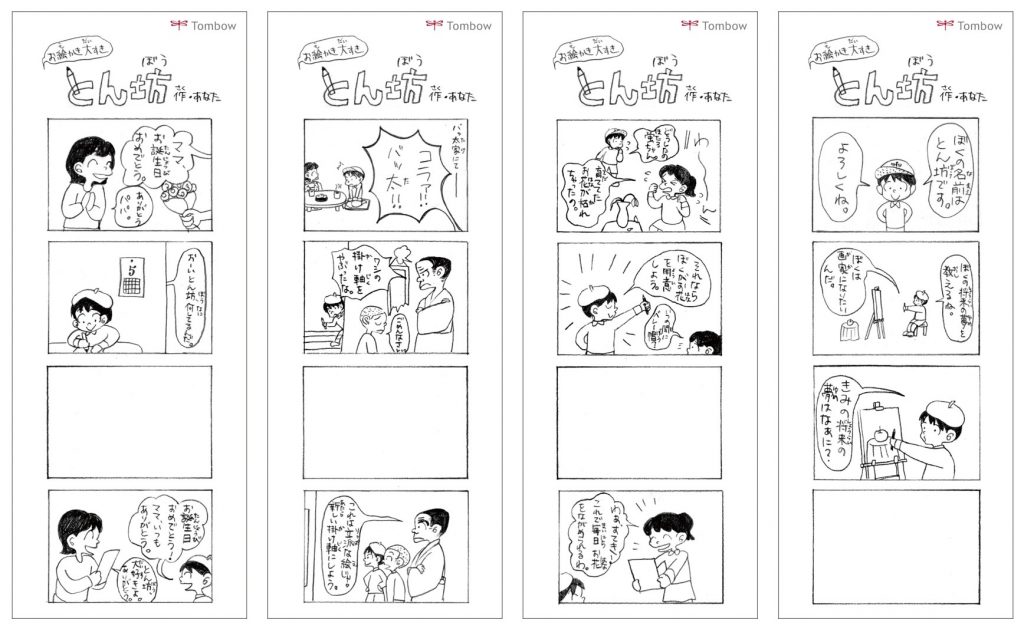