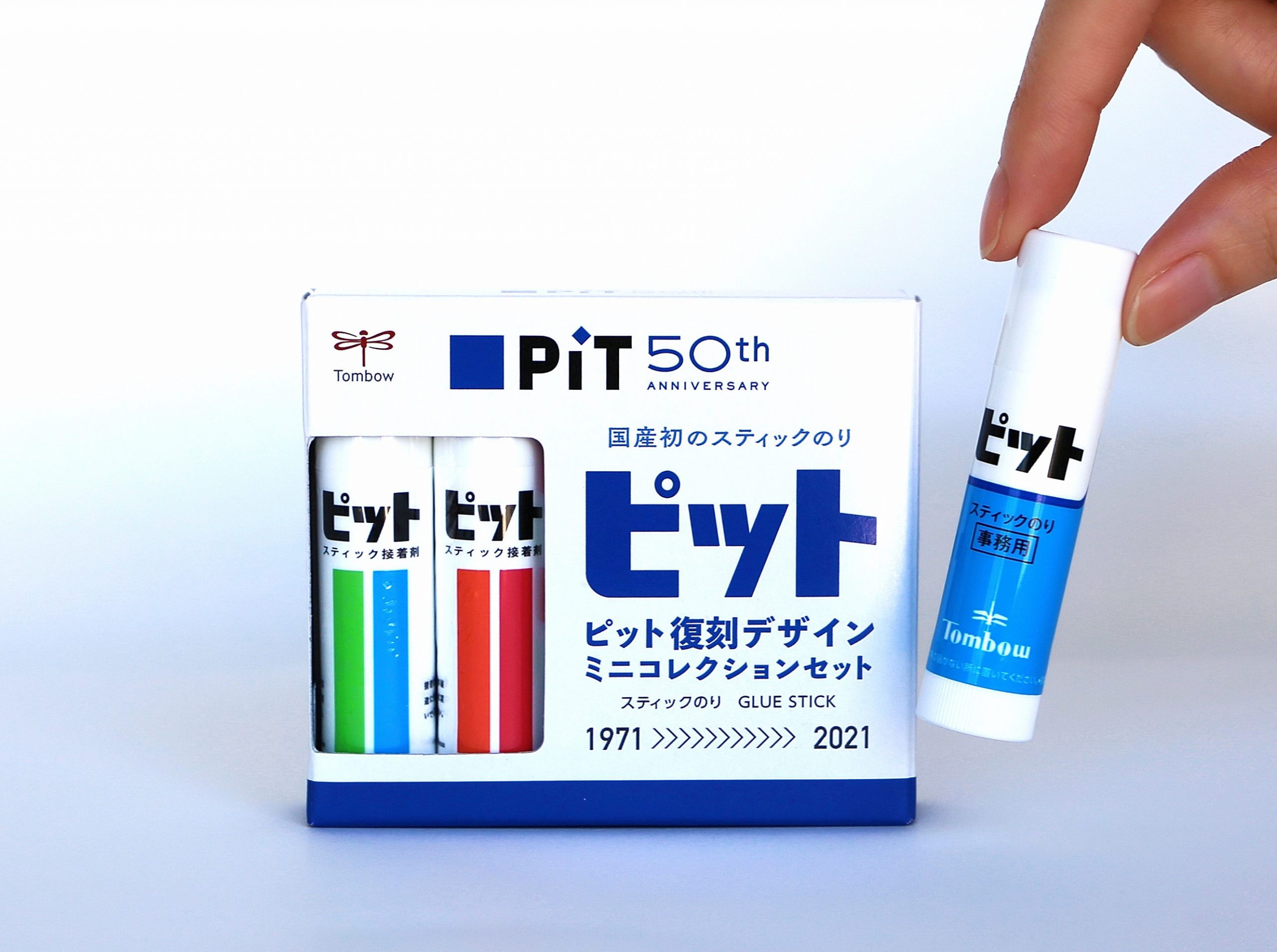 PiT is the first domestically produced glue stick (solid glue) released in 1971.Features such as no messy hands and quick drying eliminate the hassle and make gluing enjoyable. The brand name PiT derived from the Japanese for “painting” and “sticking”, has grown into a long-life brand for 50 years. Currently, PiT has leapt forward to become the top share brand for glues (based on company research). 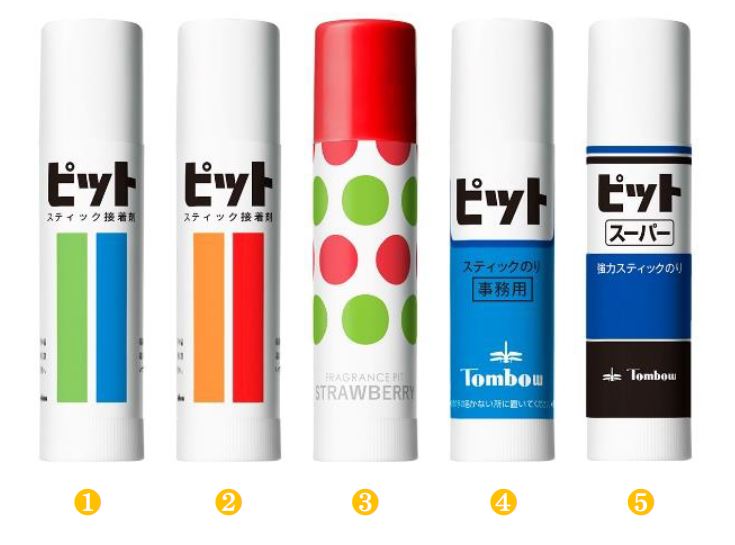 The “PiT Reprint Design Mini Collection Set” is a collection of 5 glue sticks reprinted with a retro package design reminiscent of the times using a XS size glue stick (DIA: 17mm, H: 71mm, size: 5g/pc).The first two PiT designs released in 1971 ❶ ❷, Scented PiT series ❸ released in the 1970s, PiT Office❹ released in 1977, and PiT Super❺ released in 1982, for a total of 5 designs. A limited production of about 20,000 sets of 5 glue sticks/set packed in a vanity box will be on sale for a limited time at the suggested retail price of 550JPY (500JPY excluding tax).
“Kieiro PiT” type glue that goes on blue and disappears over time. 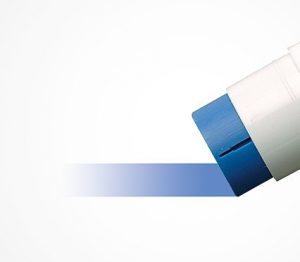 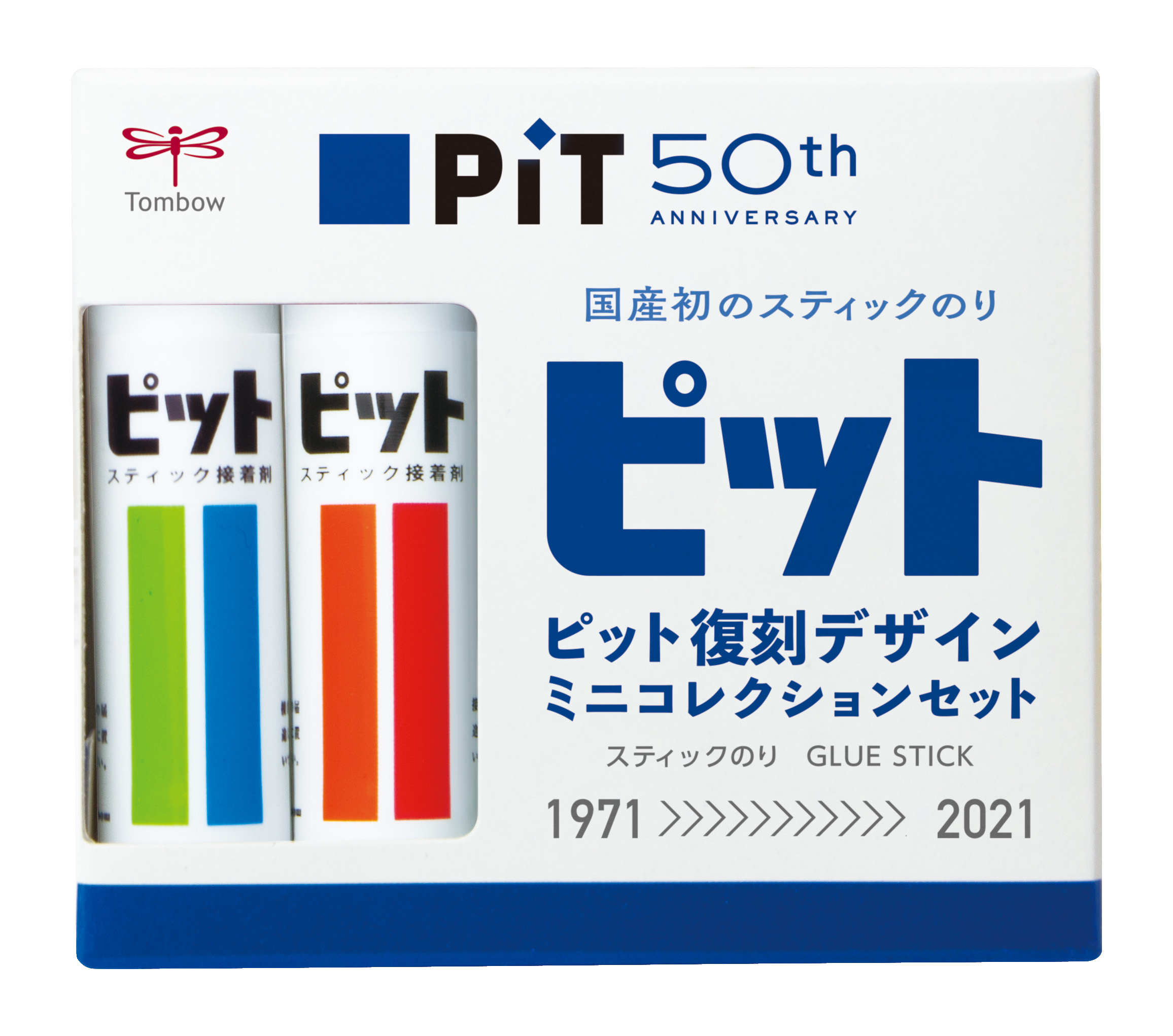 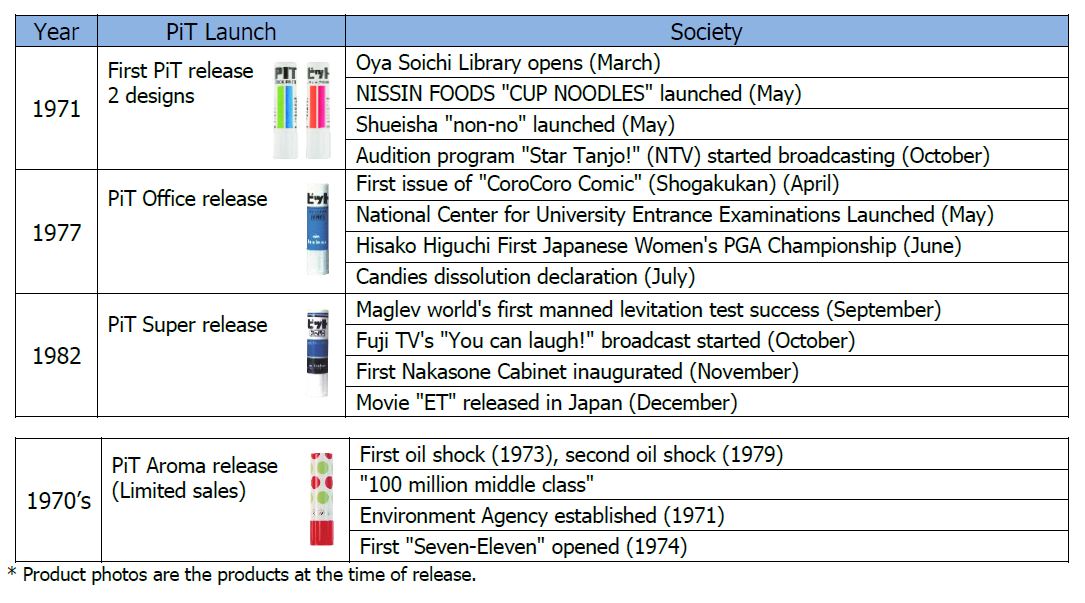 PiT is a TOMBOW Pencil commemorative brand that expanded the business from writing instruments (1913- ), to erasers (1969- ), followed by glues in 1971.

The first glue stick PiT was released as a lipstick-type solid glue with an alcohol-based solvent and PVP (poly-vinyl-pyrrolidone) as the main components.At that time starch paste or as a substitute crushed rice paste was used, but these were troublesome and so PiT, which is doesn’t make hands messy, can be carried anywhere, and dries quickly made the task of gluing dramatically more enjoyable.The brand name PiT derived from the Japanese for “painting” and “sticking”, has grown into a long-life brand for 50 years. Currently, PiT has leapt forward to become the top share brand for glues (based on company research).During this time, it has won numerous design awards as a product that has changed lifestyles (below). 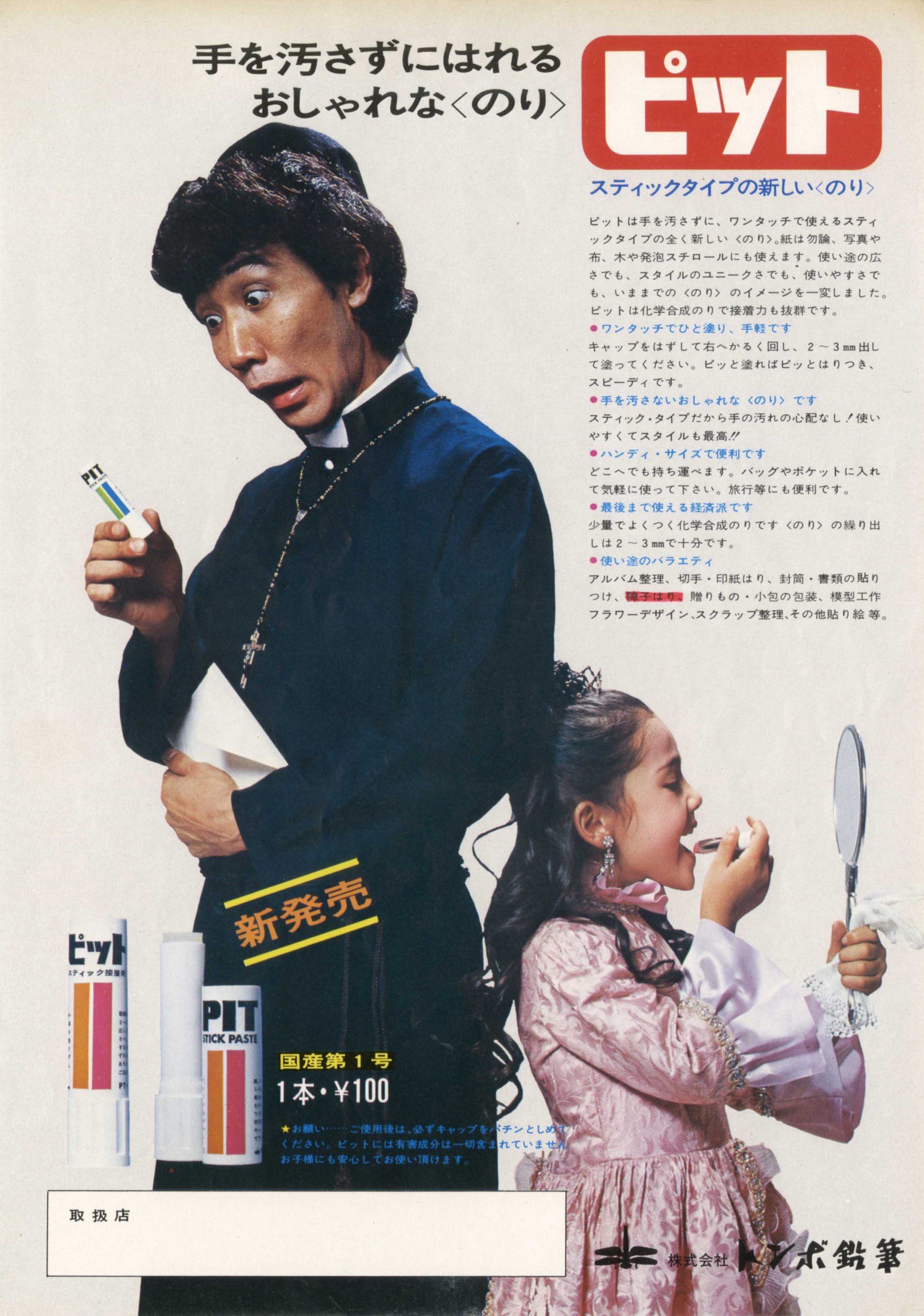 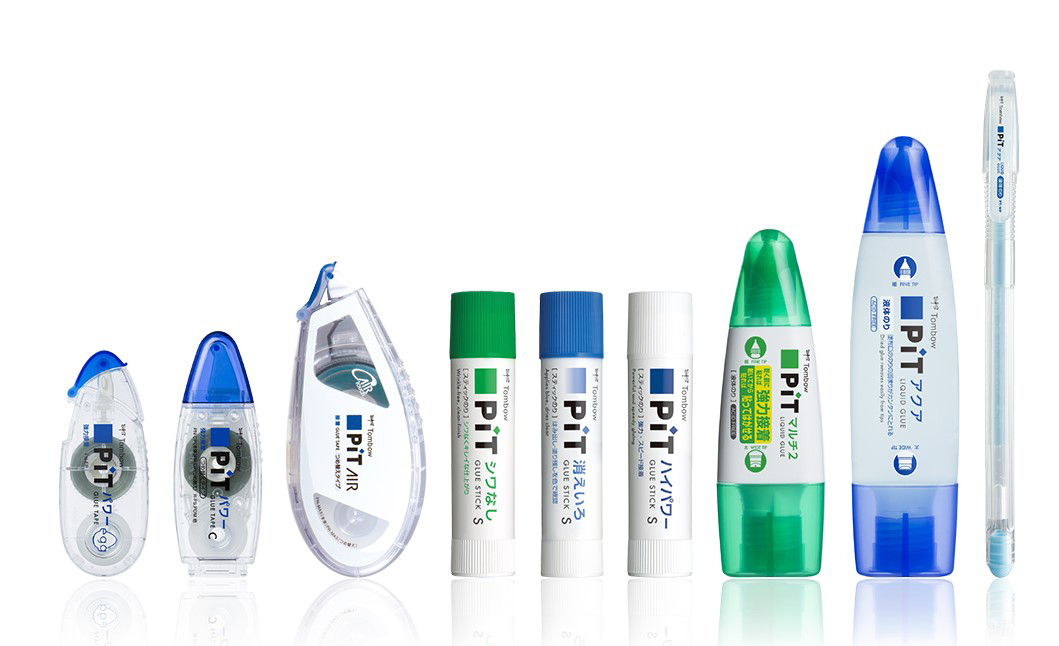