Establishment of the “ABT Art Contest 2020”
Applications start October 1, 2020

We are establishing an art contest for a range of art work, including lettering, landscapes, portraits and illustrations, etc. that anyone* can apply for over the Internet.
*Applicants must reside in Japan up until the end of February 2021

The contest will be called the “ABT Art Contest 2020” and will be sponsored by Tombow Pencil Co., Ltd. Artwork that demonstrates superior imagination and skill will be recognized with the aim of contributing to the promotion of art that helps people assimilate to this new way of life. 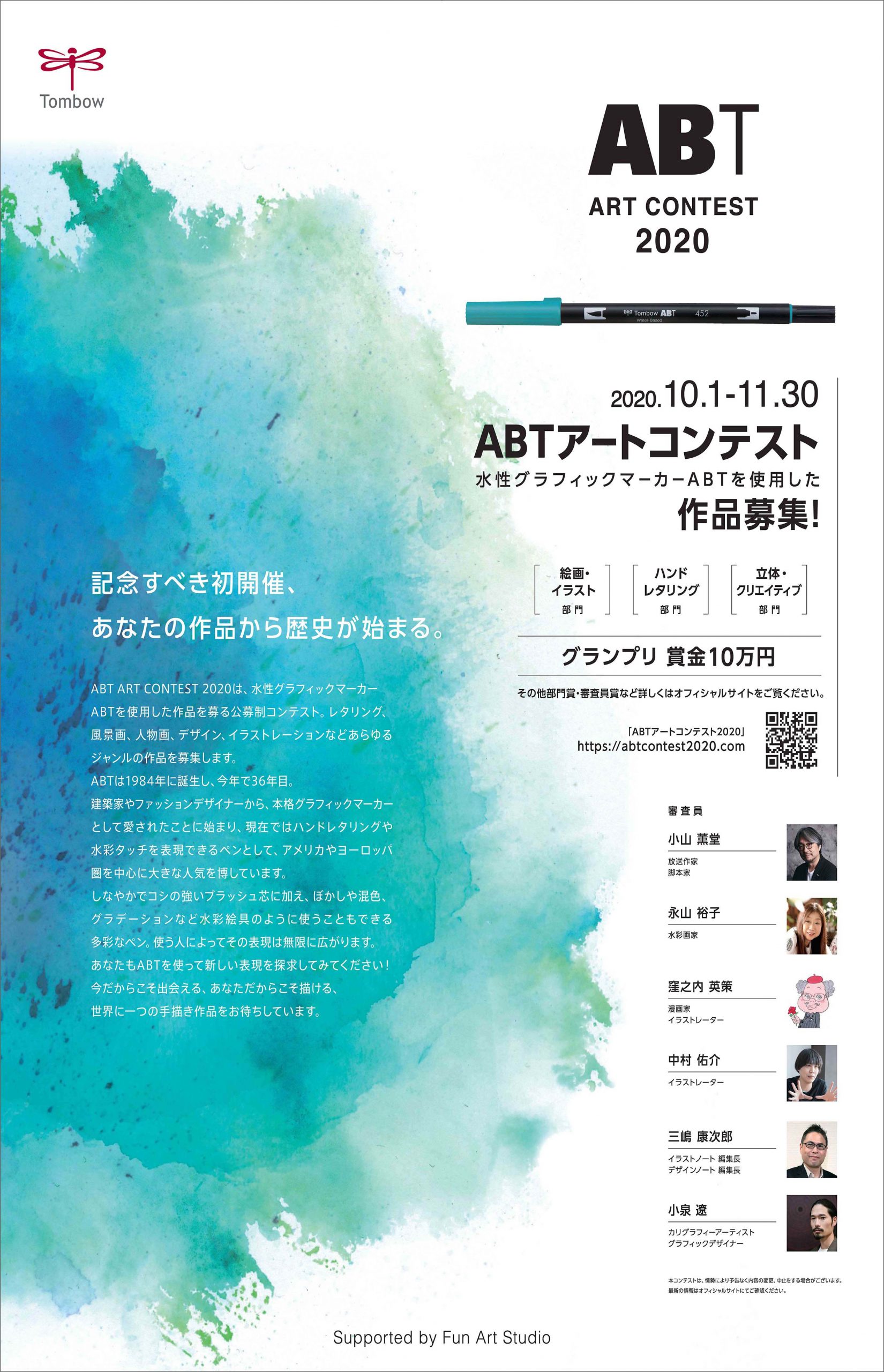 The artwork can be of any genre provided that it is created by the applying artist using primarily the water-based graphic marker, “ABT”* manufactured by Tombow. Applicants can apply by completing the necessary information and uploading an image of their artwork to the contest website (applications will be accepted from October 1, 2020).

Contest divisions will include three divisions; Picture & Illustration Division, Hand Lettering Division and a 3D & Creative Division. Applicants will be required to submit their artwork to the division that best matches their submission.

*About “ABT” Graphic Markers 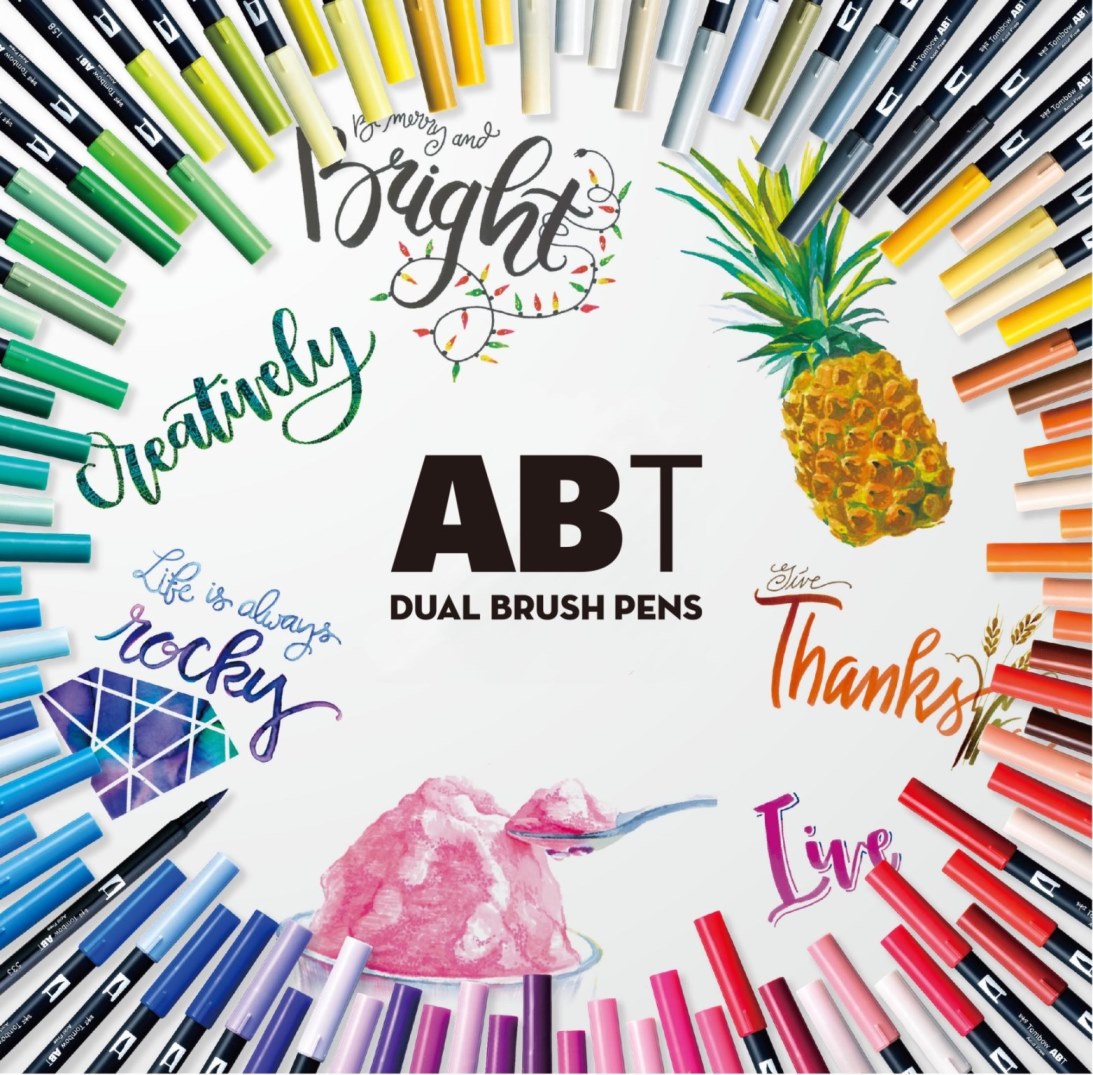 The name “ABT” refers to twin-tipped marking pens, featuring both a brush tip and a fine tip. They were first introduced 36 years ago (in 1984), with a simultaneous launch in the Japanese, American and European markets. Today, they are beloved by artists and graphic designers all over the world. The brush tip is made of resilient nylon fibers that retain the brush point so you can express yourself dynamically, with the natural rhythm and inflection of a traditional brush. The fine tip is made of polyester, providing the stability to draw incredibly thin lines of 0.8 mm. This makes it perfect for lettering, as well as pieces that require highlighting and edge work. The water-based dye ink comes in vivid colors and lends itself to a wide variety of expressive techniques, including grading with a colorless blender (optional). There are currently 108 colors available in total. For the last five or six years, a worldwide art boom has gripped Instagram and other social media platforms, where people connect by posting their hand lettering and illustrations. And this year, as the world adjusts to a new way of life, there has been a sharp increase in artists who depict scenes of daily life. The circle of ABT users is continuing to widen thanks in part to the influencers who recommend them for their diverse expressive capabilities.

Judge Profiles
Eisaku Kubonouchi    Illustrator and character artist. His main works, “Tsurumoku Dokushin Ryō” and “Chocolat” have been published and translated into other languages and made into television series, garnering popularity among people from all over the world.

Ryo Koizumi    Ryo works in a variety of fields, including advertising graphics, shop logos and wedding design. He also created the title lettering for the 2018 NHK television series “Segodon.”

Yusuke Nakamura    Yusuke is a popular illustrator, having worked on the covers of popular novels and music textbooks and selling his own artwork and original calendars.

Yuko Nagayama    Yuko is a charismatic water color artist with a large following all over the world. She has published a large number of books and works as a visiting professor at the Kyoto Saga University of Arts.

Kojiro Mishima    Chief Editor of the Illust Note and the Design Note magazines.

(in order of Japanese syllabary/titles omitted).

Works created by members of the judging panel using ABT 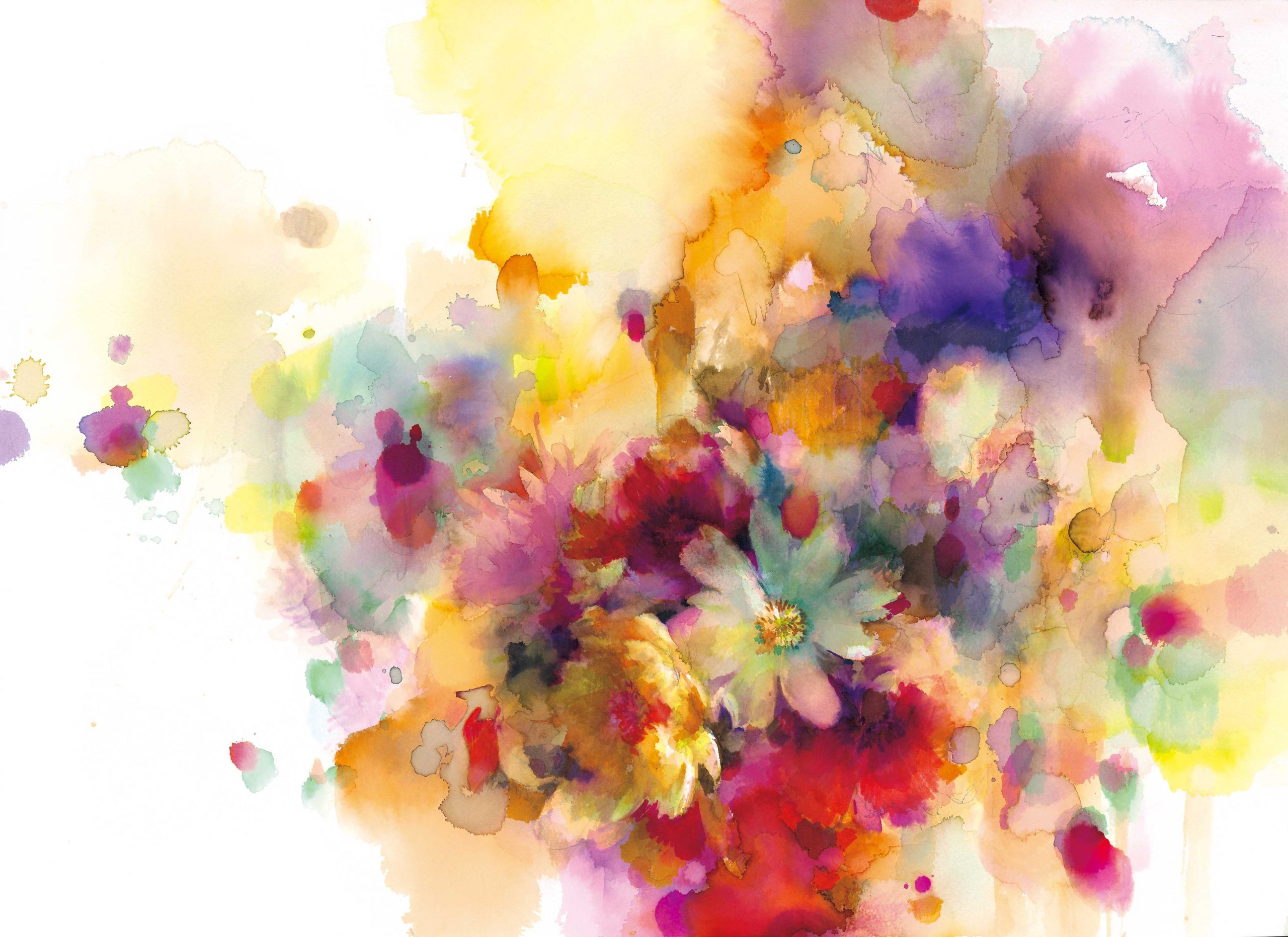 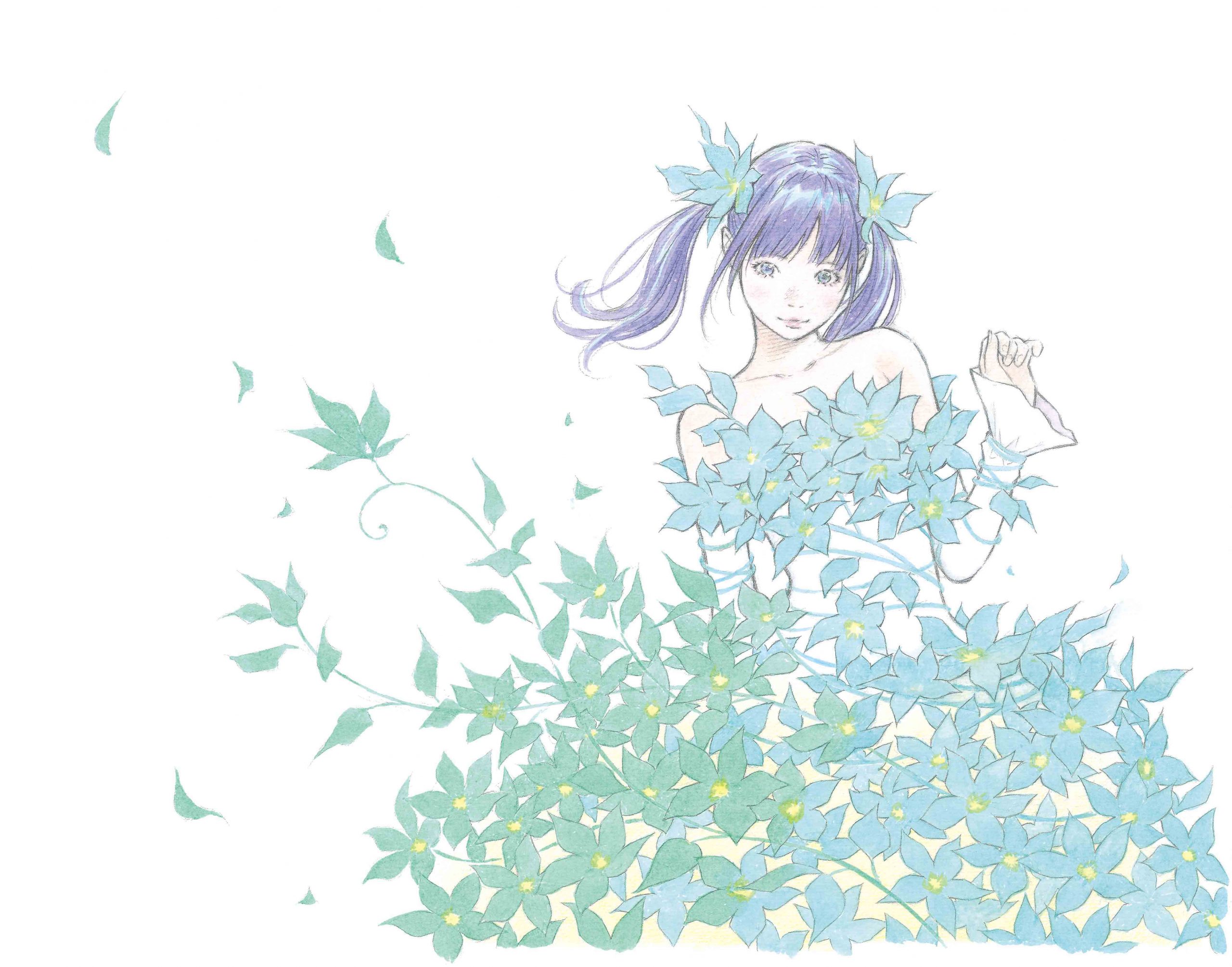 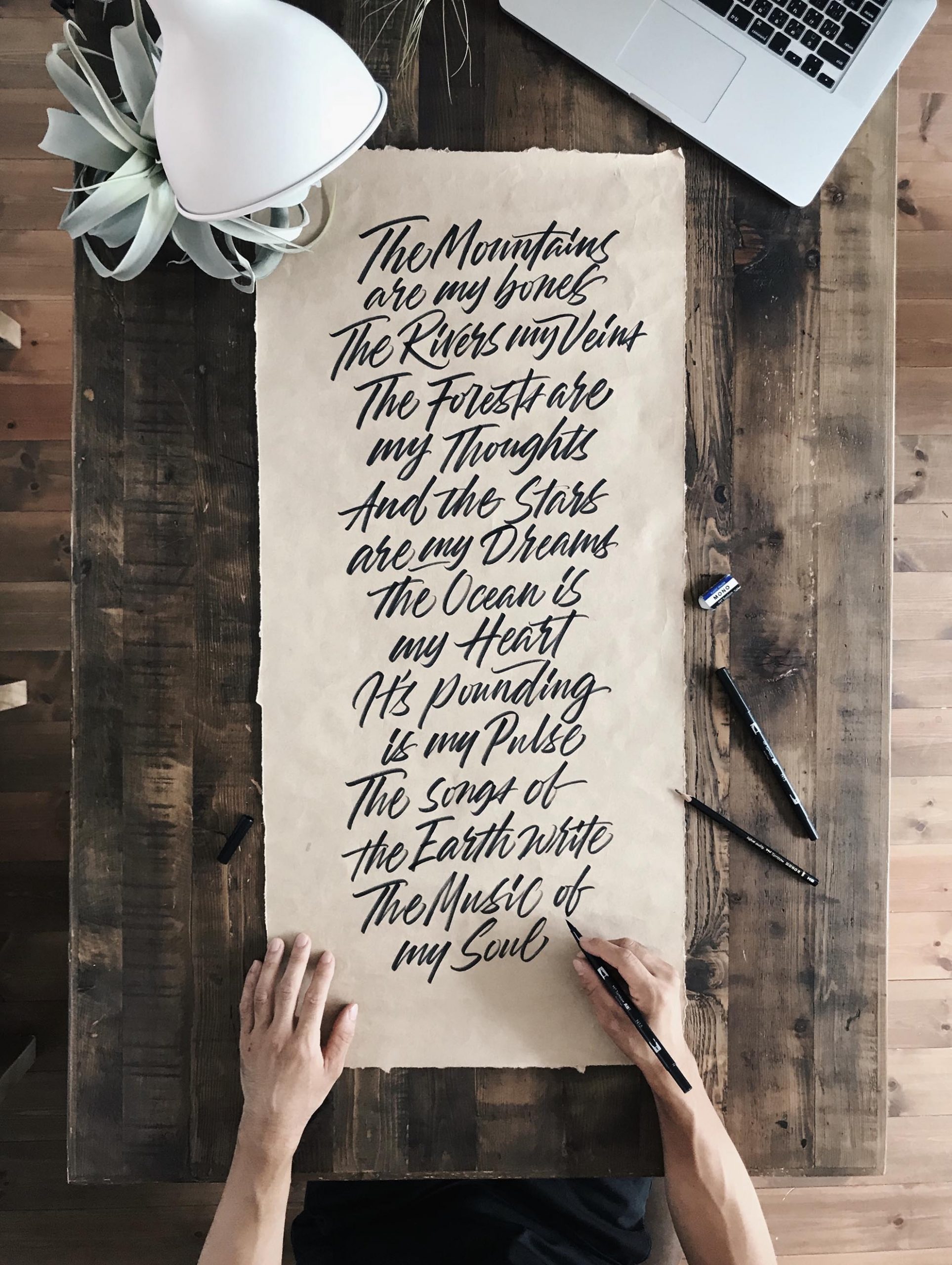