The 50th anniversary of MONO -color birth is released.
Set all five-generation Plastic Eraser MONO from the first
Commemorative ” MONO pin batch” with 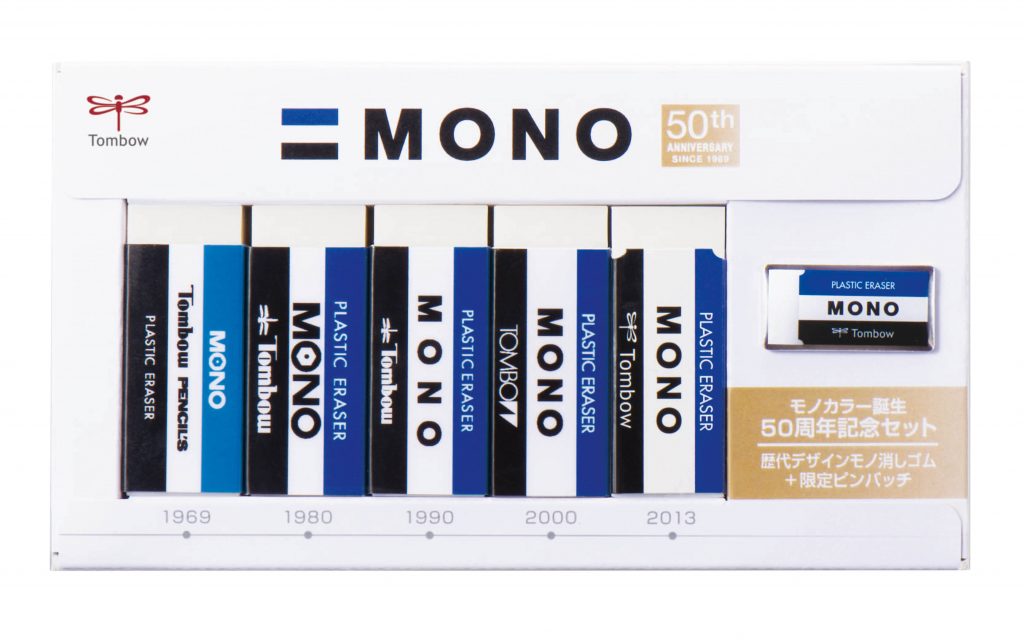 This set is a four-generation Plastic Eraser from the first Plastic Eraser MONO to 2000 (paper case) was reprinted in 1969, the eraser was added to almost the same products as the current product ※1 Plastic EraserTo five, anniversary ” MONO pin Batch” = set one right = photo. I finished it to the gift specification with a vanity box.
※ The product in the set is “50th ANNIVERSARY SINCE 1969” is described.

Through the five-term MONO -color, I think about half a century of “writing and erasing”, such as learning, examination, business, and creatn.
The suggested retail price of this set is 600 yen per tax (648 yen tax). The sales volume is limited to 45000 sets. 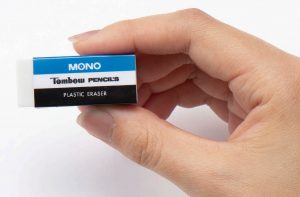 The current fifth generation = photograph right = is a color blue, white, and a black designation, and the color scheme is defined as blue, white, and black (three equal parts) in order from the top. In this outline, MONO -color was registered as the first patent Office “trademark consisting only of color” in March 2017. 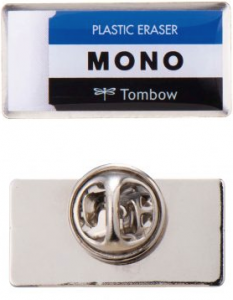 The 50th anniversary of MONO pin Batch >
This set is with pin batch (bundled). We adopted the current fifth generation of Plastic Eraser Designs (design), which was renewed in 2013, which celebrated its 100th anniversary in the pin batch. (Size: Width 25 × Height 12.5 mm/with Fasteners) 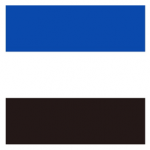 Capture
■ MONO color First “trademark consisting of color only” registration
In 1969, the color that was adopted to the sleeve at the time of release [MONO] excellent plastic out of the character erasing power. In order from the top, the MONO color of the three-color pattern which arranged blue, white, and black is developed uniformly for half a century, and the design manual is built and operated.
By having consistently used three colors of blue, white, and black in these products, having served to maintain the quality of the MONO brand product at a high level at all times, It has been widely recognized that this color pattern has the value as a trademark with the source display function and the quality guarantee function. In March 2017, it was registered as the first patent Office “trademark consisting only of color”.
In 2011, Plastic Eraser MONO won the good Design Long Life Design Award.

The mono Plastic Eraser , which was the launch of the three-color pattern OF The Mono brand, currently has 11 varieties and 19 species (a product that introduces the three-color pattern OF the Mono brand), the Plastic Eraser for clerical learning It is a top brand with a share of about 30% (2015/company estimate) in the market. In addition, the product field of the MONO brand which develops in three color patterns is a part of pencils, Correction Tape , part of the mechanical pencil, Spare Leads , a multi-function pen, Each product is 35 varieties and 142 species (the number of items that the difference in color pattern and size is counted as 1).