It was surprisingly light and the thick envelopes were quite tight.
Enhances the comfort and reliability of glue tapes . Launched “Pit Air” 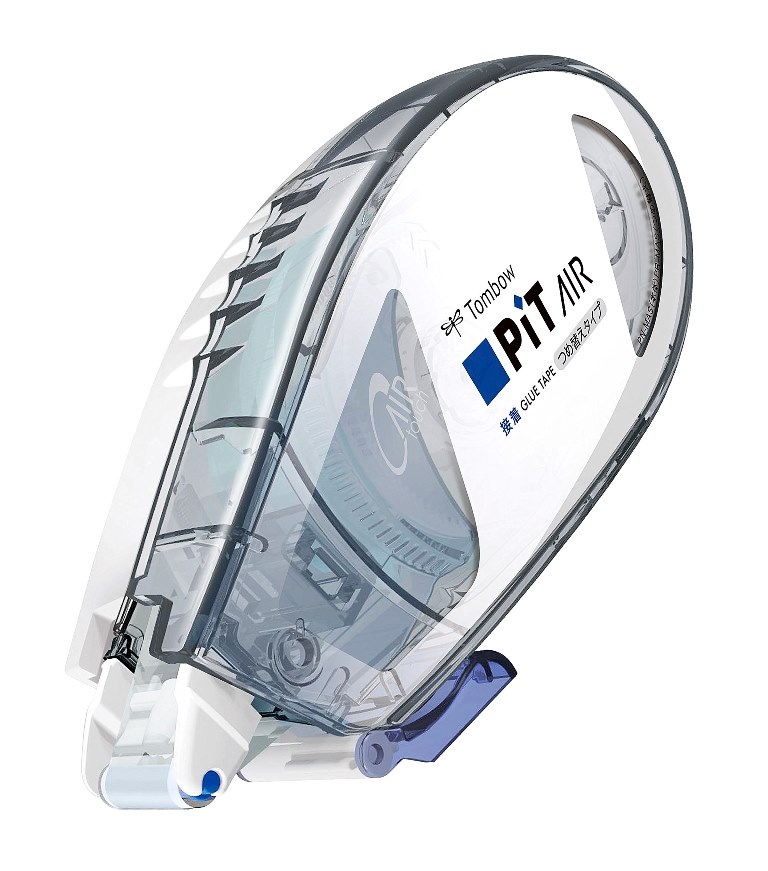 The advantage of this product is that (1) the ability to pull out the tape is halved, (2) The thick envelope can be firmly sealed, and (3) It is possible to use it anywhere by the Unobtrusive, quiet operation , and the comfort and reliability of the glue tapes was greatly enhanced.
This product is the desired retail price is 400 yen (tax-included price 432 yen) and the refill tape is 300 yen (tax-included price 324 yen) in width 8.4 mm × length 16m volumes. It will be released at the same time from the launch of the trial product of 5m volume (3 patterns) MSRP 180 yen (including tax price 194 yen) for one year only.
The annual sales plan for this product is approximately 1.2 million total, and the amount is approximately 340 million yen (retail price).

■ The air-touch system to be surprisingly lightly to the end, first with glue tapes . 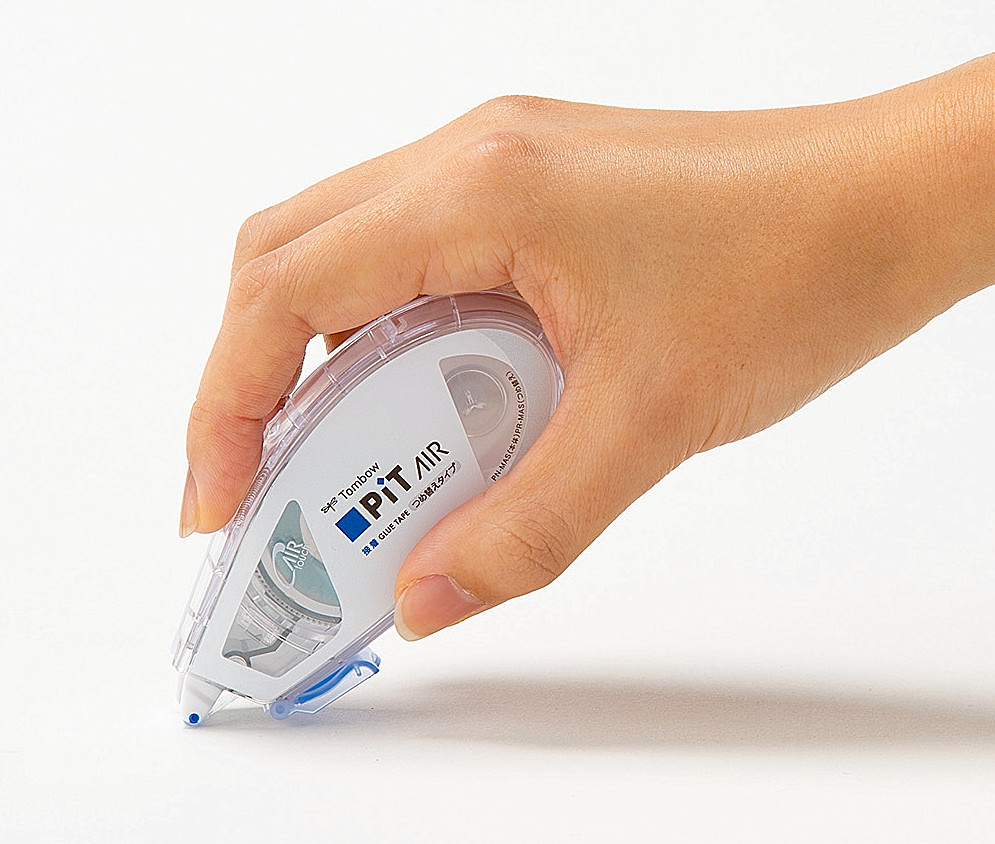 The power to draw the glue tapes of this product is 60% lighter than our conventional product at the beginning of use (16m at the remaining amount), and it is 40% lighter at the end of use (the remaining quantity 2m). The light weight of this tape is the lightest in comparison to other companies ‘ similar products. The reason why the tape drawer was so heavy was that it always resisted the rotation of the supply reel and made the rotation heavier in order to improve the glues breakage.
This product is changed drastically this method, and adopts the mechanism “air touch system” which controls the tape running. By using the power of the head touching the paper, “Tape (unlock)”, when the head is away from the paper “Tape Stop (lock)” is to make the glues out well. Therefore, the power to pull out the tape was greatly lightly and smoothly. The structure of the air Touch system adopted in this product is patented. (Illustrated later in the Air Touch system)

■ New formulation “Glue glues ” Strengthen the curved adhesive strength to firmly seal the thick envelope
This product adopts a new formulation glues (Patent pending) which is excellent in both the planar adhesive force * 1 which puts the print on the note, and the curved adhesive force * 2 which holds the Vero (flap) of the envelope of the thick contents for a long time. The curved adhesive strength is about five times higher than the conventional product, and is the strongest compared with other companies ‘ similar products. It is the first in the industry to strengthen the curved surface adhesion to withstand the repulsive force of curved paper. The reliability to seal with the glue tapes was increased.
In addition, the newly developed reticulated “Power Net Tape” is adopted. We have both strong adhesive strength and good glues breakage.

Unobtrusive, quiet operation that can be used in ■ Library
We have reduced the running sound of ticks in conventional glue tapes to one-half (compared to our conventional products). We have made this possible by adopting a mechanism that does not emit noise in parts such as a driving reversal mechanism (patent pending). It is suitable for the office work to put in a quiet place such as a library, a classroom, a lecture.

[Supplementary material] what is the “air touch system” that is lightly closed and is out of glues ?
The air touch system of this product is a mechanism to control the tape running by using the force to push and release the head to the paper. When used, it switches to “run” and “stop” when unused.
(1) Release the lock on the supply reel by applying a slight force that the head hits the paper.
(2) When the head is released from the paper, the supply reel is locked and the tape running stops glues , and the sputtering is cut (bottom right figure). 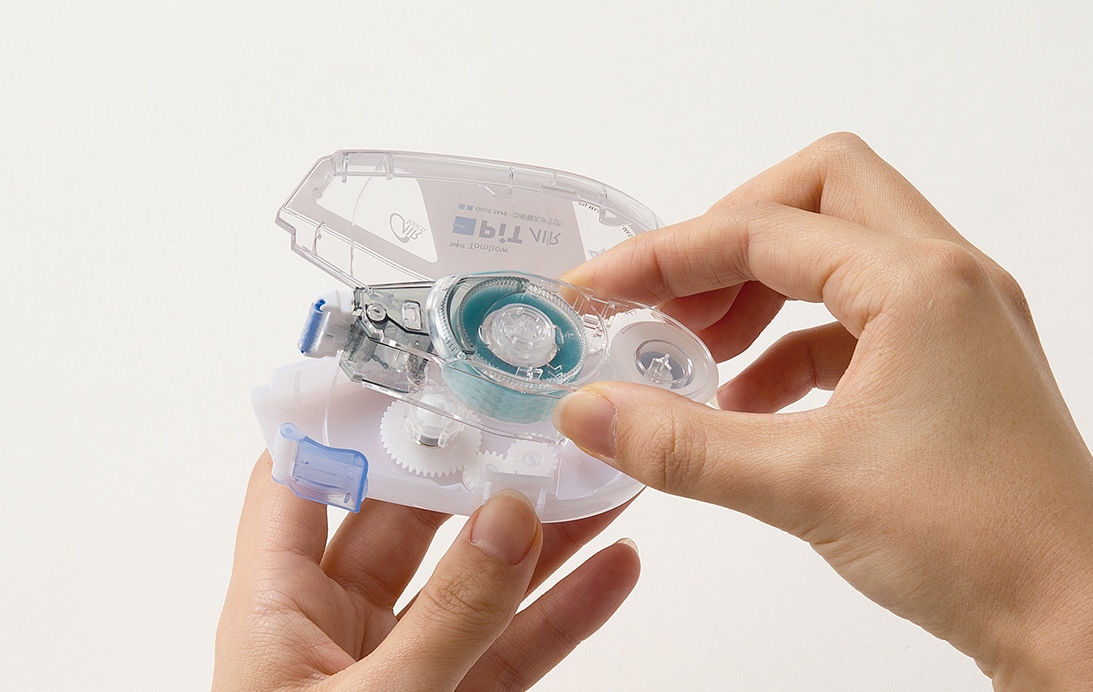 ■ Tape replacement is easy. Simply open the head cover and push the button to open the main case and replace the tape.
Adopt a ■ Air fit head, it can be applied smooth glues without unevenness in the roller type to follow the paper.
■ ACID FREE: glues Use materials that are considered to be difficult to discolor by oxidation of the discoloration and the bonding part by oxidation of the paste itself.
■ ECO Mark certified products, green Purchasing Law compliant products (only for the main body)
■ Size width 43 × thickness 26 × length 96mm 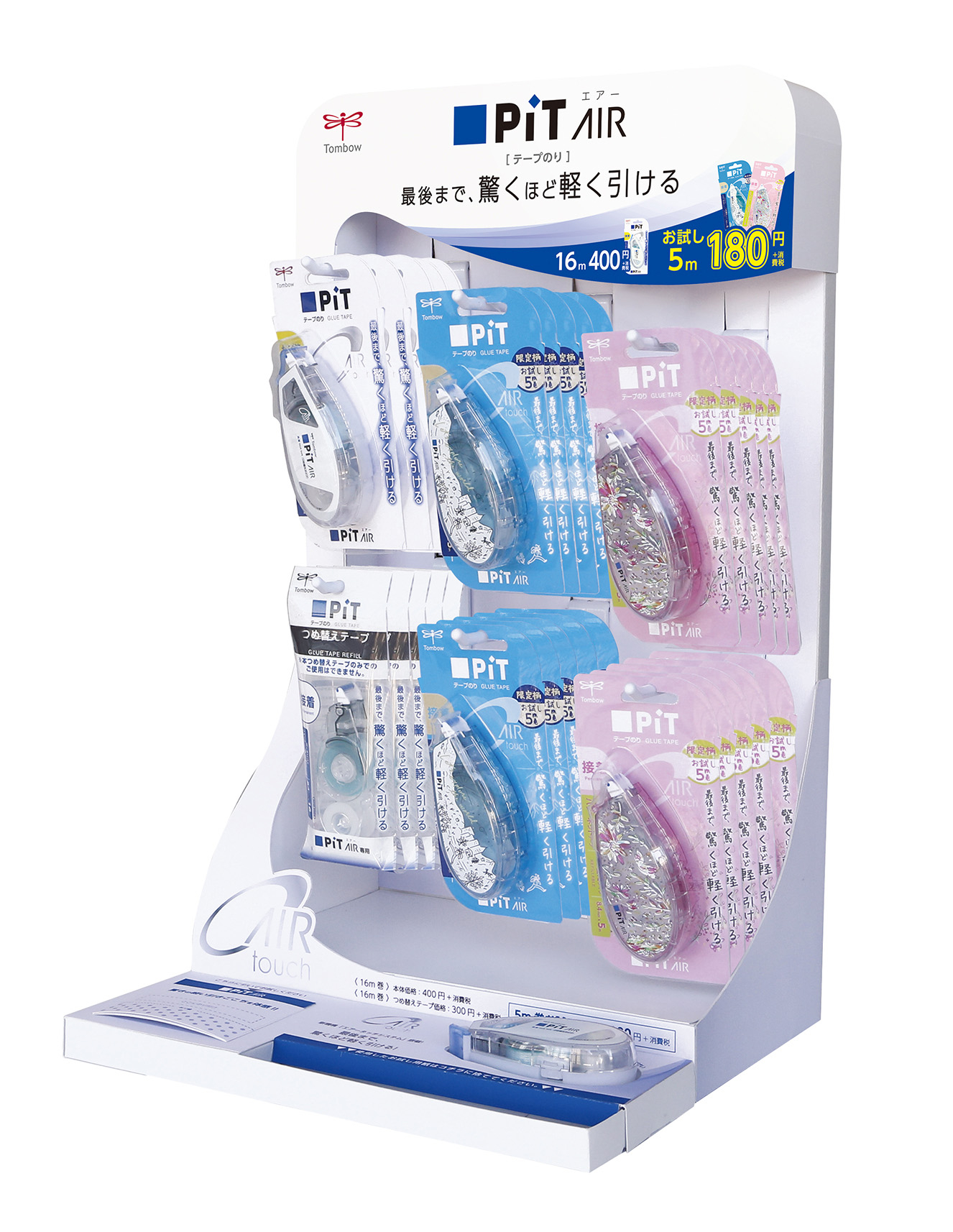