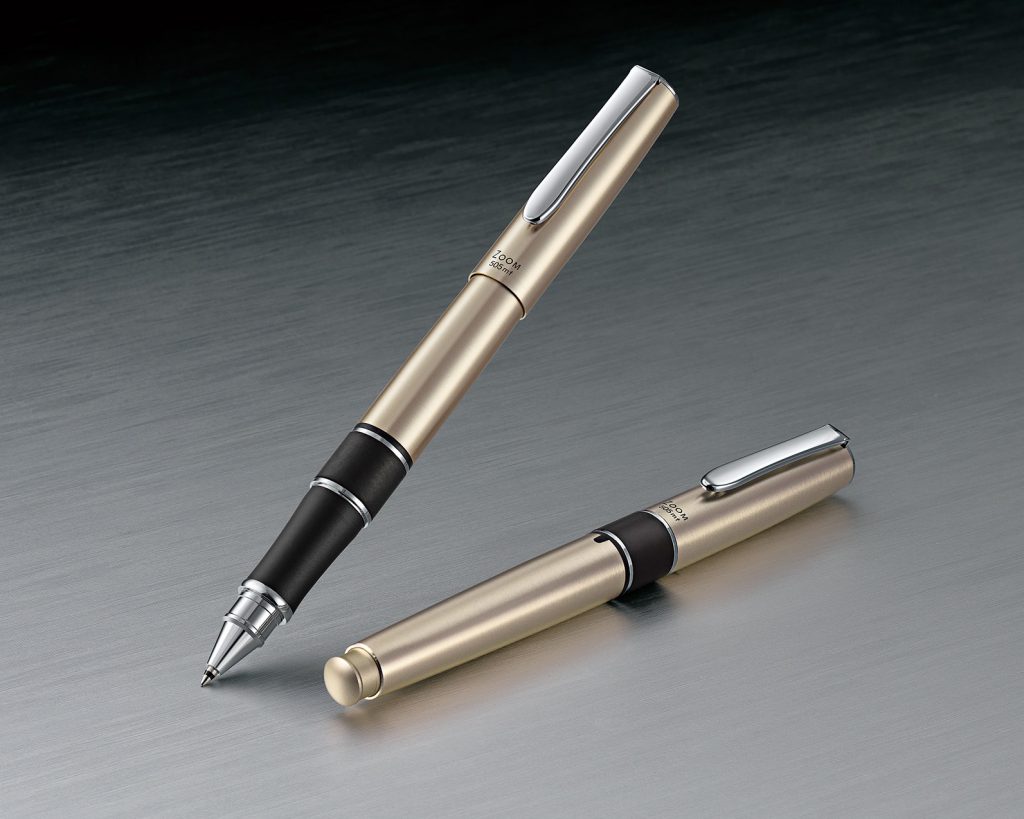 Tombow Pencil Co., Ltd. (Head office, Kita-ku, Tokyo, President, Akihiro Ogawa) was launched in 1986, which founded the design Writing brand “zoom/Zom”, has inherited the appearance of almost the same cap style pen for 32 years ” Add a new multi-function pen to zoom 505.
The release is “Multifunctional pen Zoom 505” (trade name), with one oil-based ballpoint pen Black and red, a sharp pencil (0.5 mm core), the first cap style pen used in the twist eraser Is a multi-functional pen. The body color is three colors of silver, black, and Prussian blue.
The suggested retail price is 5,400 yen (5,000 yen by tax),
The release date is March 16.

This product can enjoy various uses by the cap style pen and the rotation feeding function. 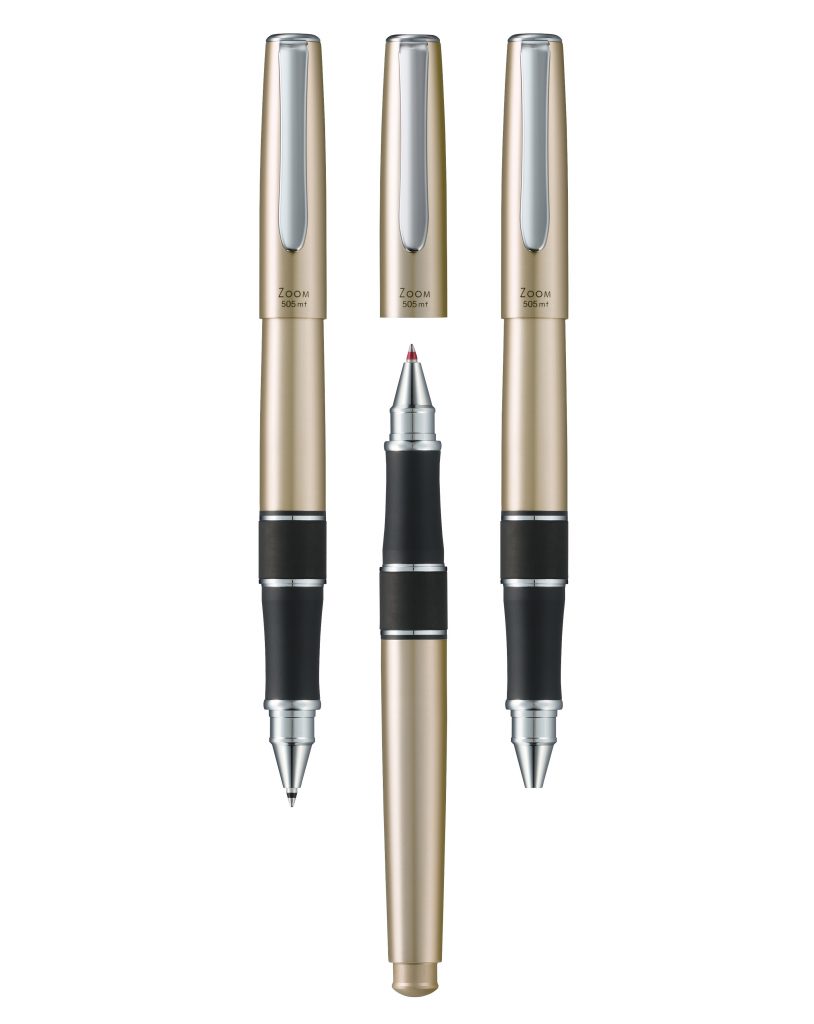 Usage (1): Remove the cap and use the pen of your favorite = left photo.
Usage (2): Use your favorite pen to use as a single-function pen with a cap (while still in the photo).
Usage (3): Use and carry the cap to the crown , and use it as a (general) twist eraser pen = photo Right *.
* The CAP and the body shaft crown are fitted with a click. It is designed so that it does not fall off in daily use.

Zoom 505 launched the first edition of the water-based ballpoint pen in 1986, an unprecedented economic boom began. Since then, he has developed a mechanical pencil (1987), an oily ballpoint pen (1992), and a fountain pen (1992), adding a new multifunctional pen.
The feature of the zoom 505 is a thick body axis (13.5 mm diameter) reminiscent of a fountain pen, and a deep cap style pen with a sense of security (cap length 56mm/length 142mm). This traditional form is used to fuse modern aluminum metal (body) to create originality.
32 years before the release of the zoom, a value-added boom came to the Writing with an ambitious consumer sentiment. The product which bears a prominent brand was Sa, and the zoom has continued the series supported by a lot of fans at home and abroad in the product development, novelty, the making, and the practicality in the attitude that the originality of the conception is a brand.
The ” cap style pen Multifunction Pen” to be released this occasion is also a surprise specification to give to fans who love Zoom 505.

How to choose a pen tip > 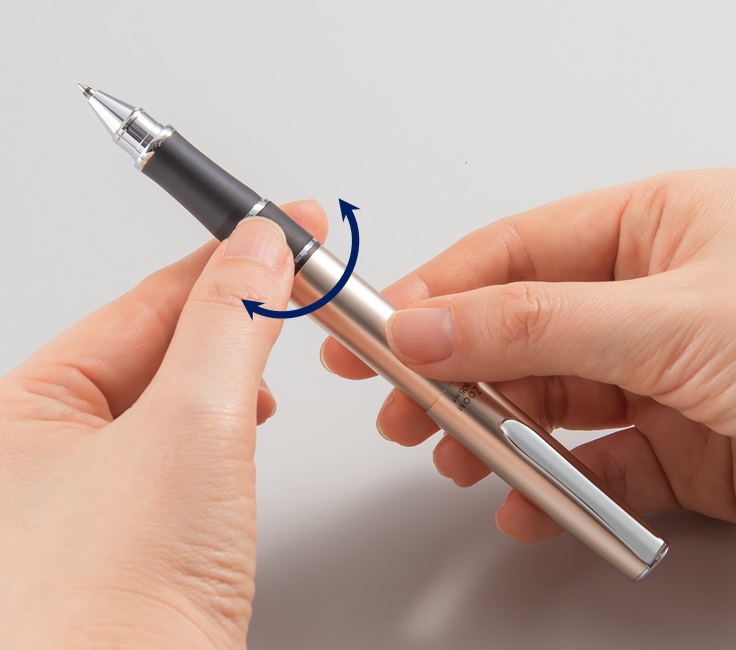 Remove the cap and lock it to the crown of the body. Rotate the center ring part and the body axis that cover the elastomer (soft resin) with a twist. When the body axis is rotated to the right, the pen is put out in the order of ballpoint pen pen black, ballpoint pen Red, and the shearing pencil. The rotation is stopped at any pen point and it is written. If you choose a mechanical pencil, knock the cap that is inserted at the crown (slide each cap) to feed the core. If you do not insert a cap, knock the knock stick on the crown . (The core is replenished by removing the mechanical pencil unit in the shaft and introducing two or three pieces.) This product does not come with an Plastic Eraser )

The annual sales plan for this product is approximately 10,000 yen (retail price). 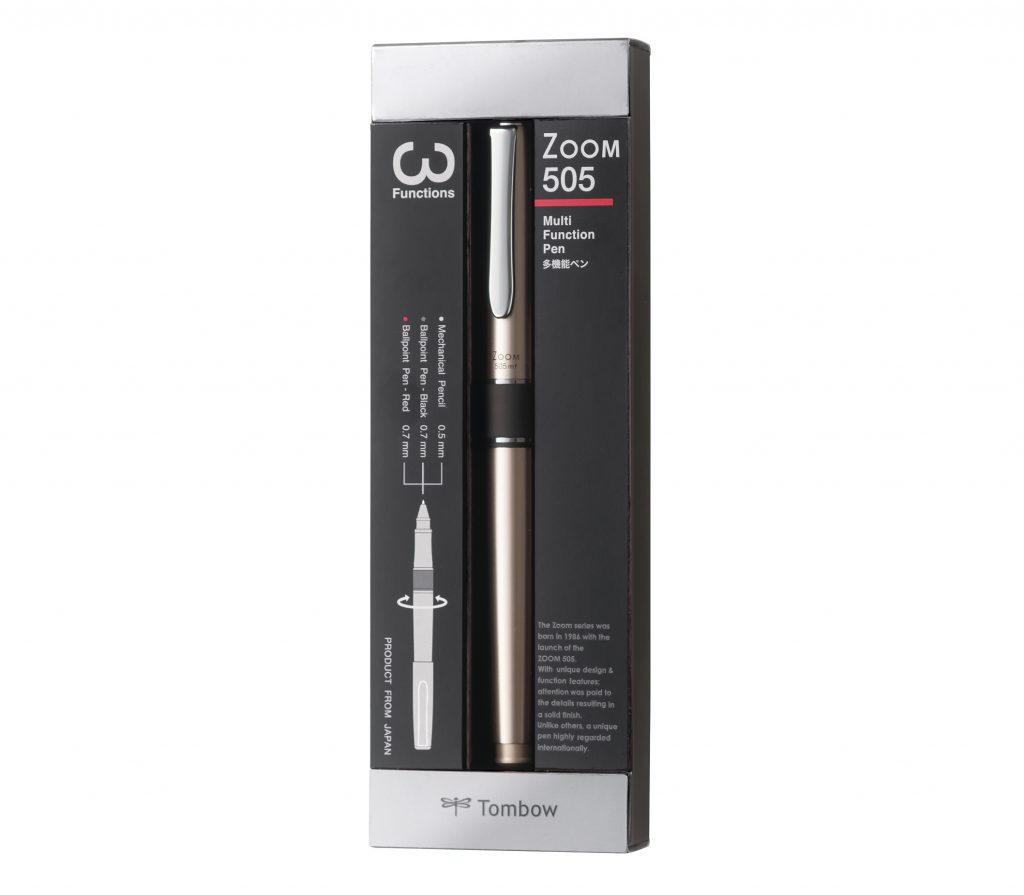 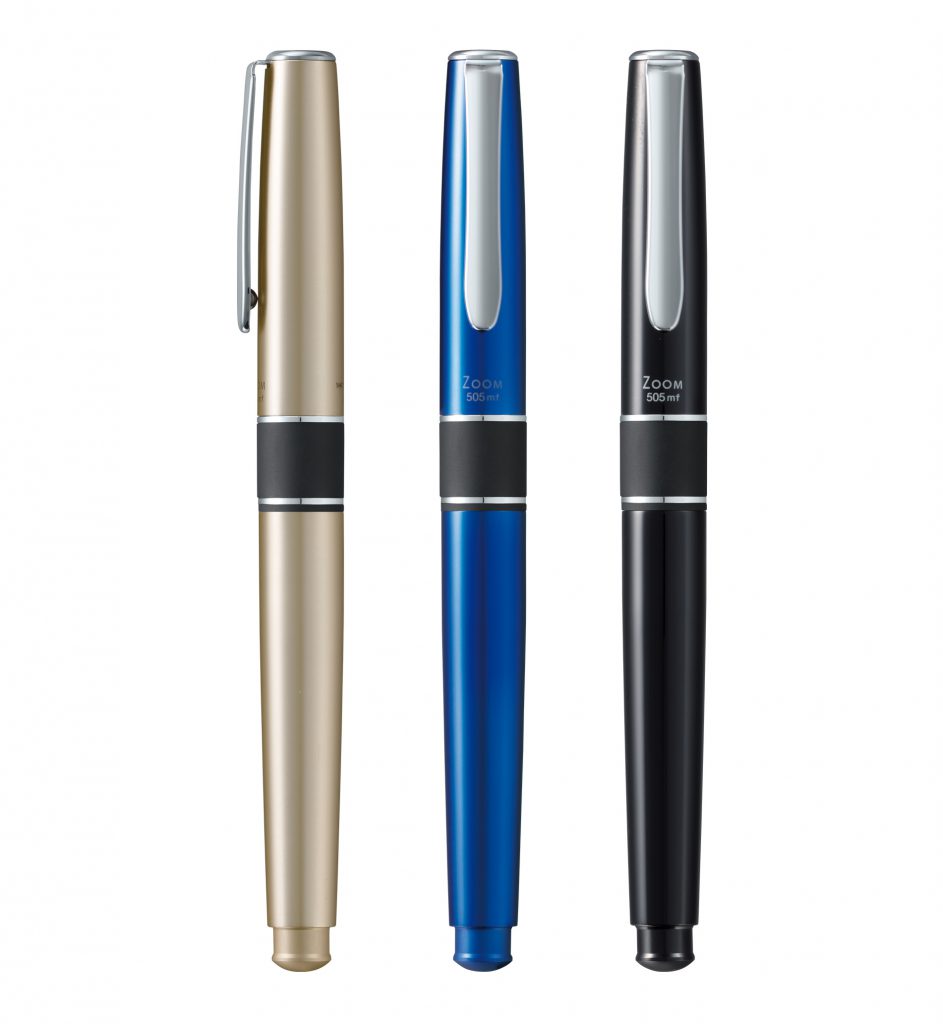 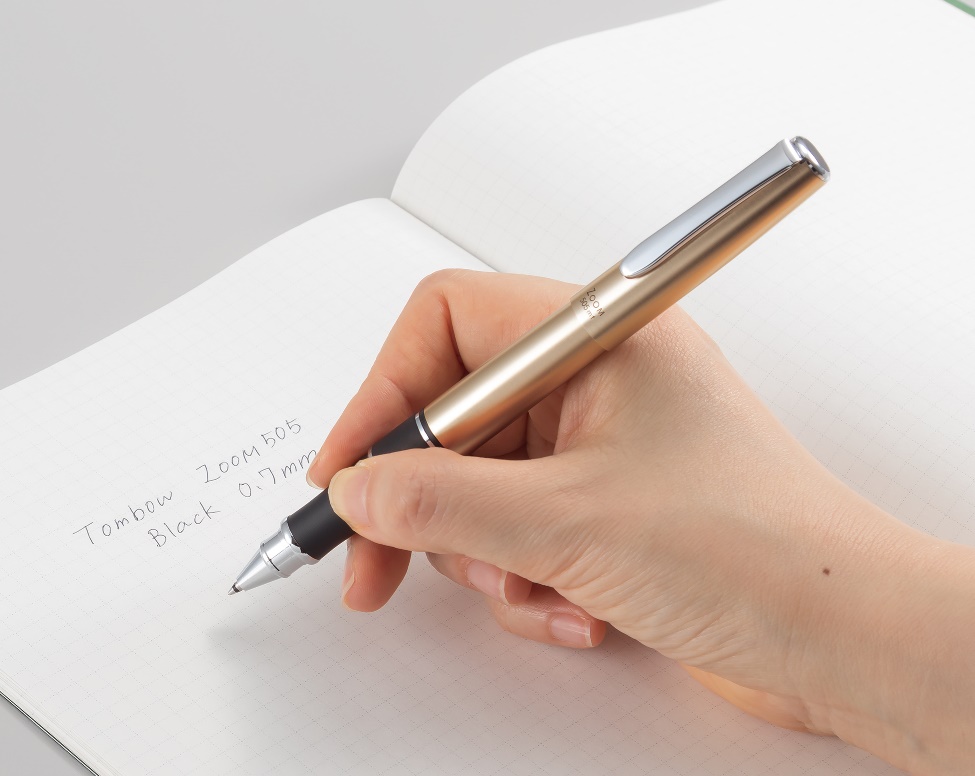 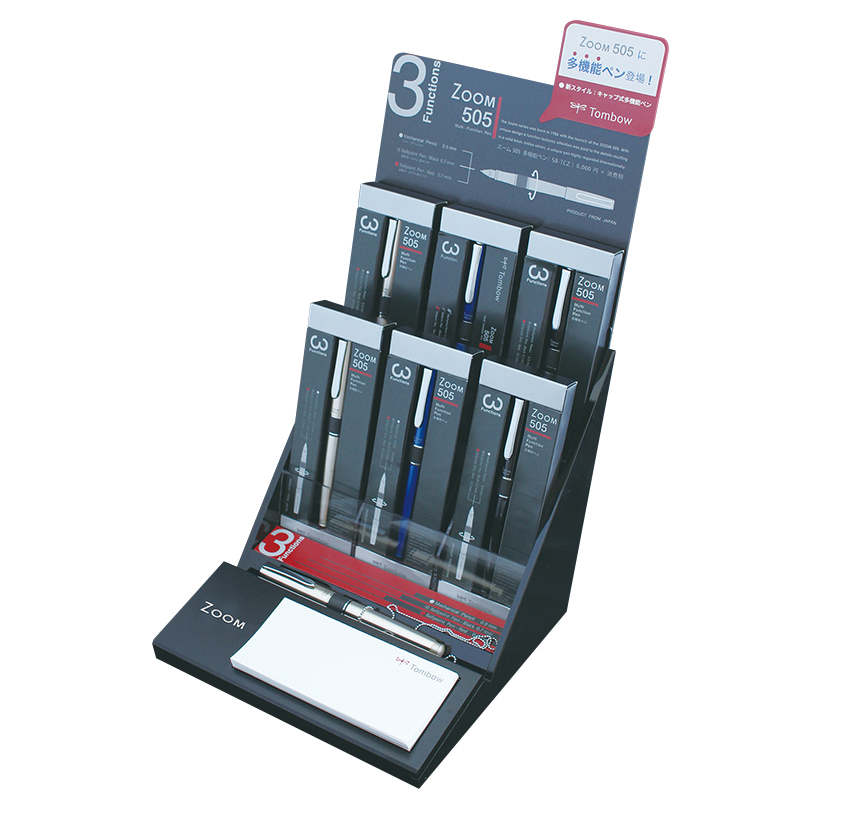