A tape that everyone can use well
Because it is easy to hold, it is glued beautifully
Pitt egg series three types of glue that are comfortable for students and inexperienced people 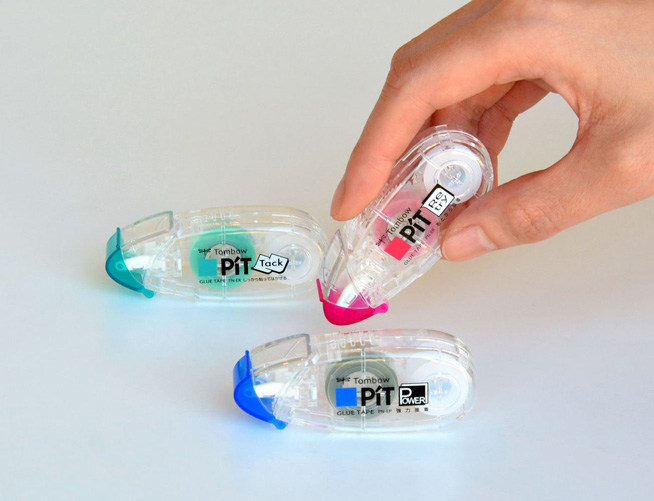 Tombow Pencil Co., Ltd. (Head office, Kita-ku, Tokyo, president and Akihiro Ogawa) aim to expand the glue tapes users. Since the beginning of the use of the glue tapes is example pensions (* 1), the glue tapes paste series that can easily be attached to a small glues hand and the unfamiliar person easily to have it, and to carry it will be released on March 7.

It is the next three species to be released.

The unit price of the glue tapes of the use-up type is 180 yen at the company at the minimum rate, and spreads the user’s field.
All species, use-only type. The total annual sales plan for the series is 1.2 million and approximately 220 million yen (retail price).
This series is characterized by not defining how to hold in the form where there is no Kad, it is easy to pull vertically and horizontally, to be able to draw cleanly even in small hands and unfamiliar people. In addition, the “fit Head” mechanism for correcting the angle of the paper and the head was newly adopted so that anyone can apply the glues perfectly.

■Features of each tape

It is strong adhesive tape from the moment you put. There is no need to fill it twice. The envelopes and the photograph are firmly bonded. The adhesive strength was 20 stronger than our general-purpose glue tapes ( PIT Tape-M), and improved adhesion and increased economy and efficiency.
The tape width of the pit power egg is 6 mm width and length of 6m which is easy to handle even if I use a glue tapes for the first time.

The glue pit retry egg after starting to paste again

glues The paste is applied, and it is possible to paste it within about one minute ( repositionable * 2). Once again, bonding is firmly adhered to when the time passes (realizes the glues use feeling like a liquid paste and solid glues with a glue tapes paste). To fix the position of the print, it is a useful feature when you forget the inclusion carelessly.
The tape width of the pit retry egg is 6mm and the length is 7m.
* 2 mechanism of adhesive strength changes over time:
(1) Forming a barrier layer that suppresses the adhesive force on the surface of the glues , (2) While the barrier layer penetrates to the paper “About 1 minute”, during this time can be repositionable . (3) through the penetration of the barrier layer, glues glue and paper adhere to strengthen the adhesive strength. (The time may change depending on the quality repositionable and pressure of the paper.)

can be repositioned It in the sticky force

It is a glue tapes which can carry out the paste by having a moderate adhesive strength like the paper sticky paper. It is temporary attached ideal to temporarily hold the memo, such as temporary storage. The special particles “penetration block particles” are scattered on the glues surface, preventing the glues from penetrating into the paper. Even after a long time, you can get clean without leaving a sticky.
The tape width of the pit tack egg is 6mm and the length is 6m. 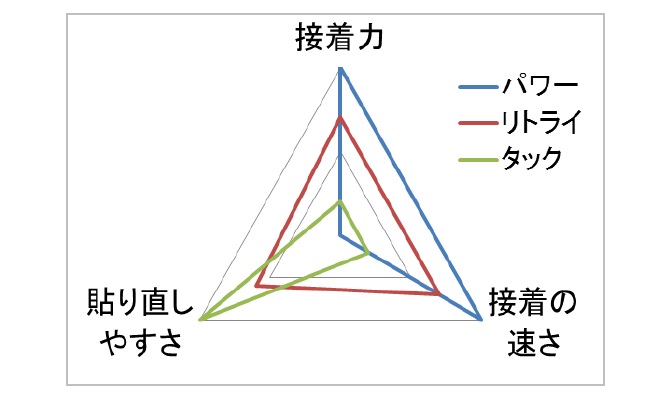 Anyone can hold firmly in the form of rounded except as much as possible irregularities, it can also be closed to the vertical and horizontal. Compact size for easy storage in pen case.
(Size: 28 x 69mm Oval, thickness 19mm)

Even if the head did not hit the paper well, the head was newly adopted a mechanism “fit head” which corrects the shake by micro-rotation. Even unfamiliar people can put on a glues good paste.

We have a full cowl head cover to cover and protect the entire head. When open, it is fixed to the body, and when not used, the head is protected and the dust is prevented from sticking.
Polycarbonate resin with excellent transparency is adopted on the cover top, ensuring high visibility to the head part.

[Body color]
The color lineup of the body is two colors each. 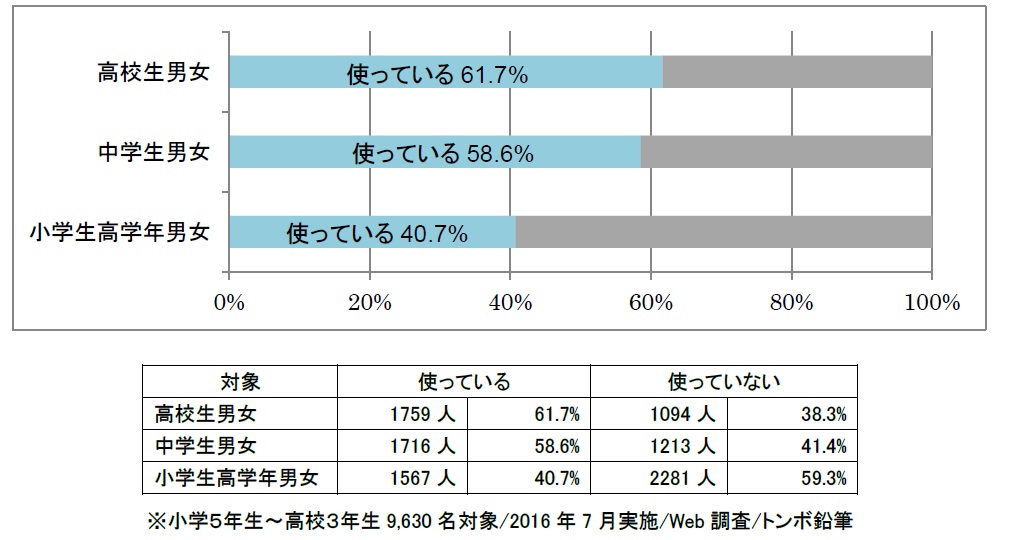