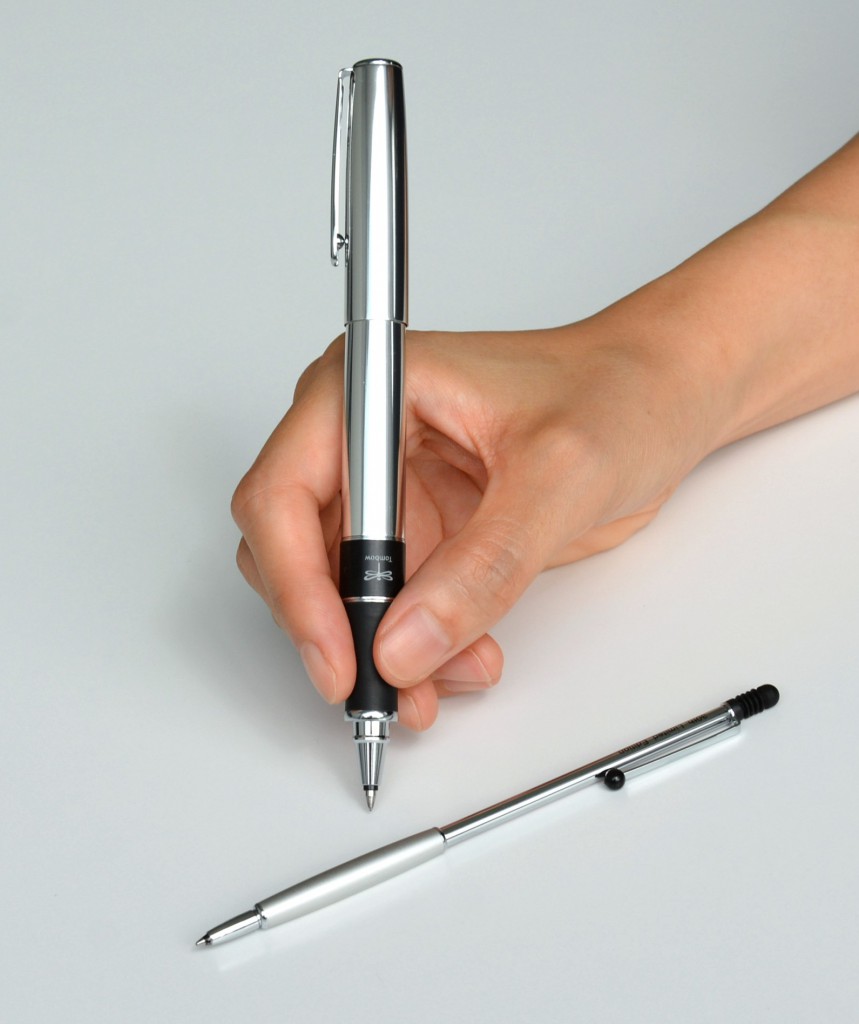 Tombow Pencil Co., Ltd. (Head office, Kita-ku, President, Akihiro Ogawa) was launched in 1986 as a pen series of ingenious shapes, and the design Writing brand “zoom” of the high-end price range was celebrated 30 years on sale this year. Since its launch, the 30th Anniversary Special Limited edition of the two products that have been evaluated today in the same form will be released on October 21.
The commemorative special limited edition to be released is “ZOOM505” released in the year of the series creation, and “ZOOM707” released in the following year. The former 505 is a pen which made a ballpoint pen pen and a mechanical pencil a thick fountain pen style at that time, and the latter 707 is an amazingly slim shape and a practical pen which is easy to use. For about 30 years, the shape remains the first model, and it is a strong-rooted popular pen that has been continuously sold (partly, there was a development of color change, etc.). This special commemorative special edition is specially designed to highlight the “sense of material” which is one of the features of ZOOM.

30th Anniversary Special Limited Edition “ZOOM505” = Photo = is an aqueous ballpoint pen with the same form as the first model, oily ballpoint pen , three kinds of mechanical pencil. By careful polishing and alumite processing, the body surface was finished in a mirror coat with a rich feeling of metal.
This product is a cap style pen pen. The mechanical pencil that knocks after the cap is worn on the body axis is a rare mechanism.
From the first model released in 1986, as a pen expressing a commitment to the writing of a person, it is popular with people in the creative field, it leads to the present as a long life product that does not change the form.
The basic form is a thick shaft with a diameter of 14mm (maximum) and a cap style pen . Low center of gravity design with sufficient pressure, elastomer grip is adopted. Weight 30g (aqueous ballpoint pen ), 35g (oily ballpoint pen ), 36g (mechanical pencil).
The 30th Anniversary Special limited Edition “ZOOM505” is a retail price of 3,000 yen (tax-included price 3,240 yen), and is scheduled to sell 10,000 bottles.

30th Anniversary Special Limited Edition “ZOOM707” = Photo = is a ballpoint pen and mechanical pencil in the same form as the first model that was called nicknamed “String”. I finished the body elegantly with gloss and matte processing of silver.
This product is the best detail (body axis) diameter 4mm, the thick part (grip) diameter 6.5 mm and the shape is thin and kind, it is also a feature that surprisingly easy to write in hand. It is a model to show the fingertips of the person to note.
From the first model released in 1987, we have received a number of international design awards * , and we are now in the form of a unique long-life product that enhances the pen to intelligent accessories.
* 1988 Design Innovation (now Red Dot award) Best of the Best Award, 1989 Designplus Award, Wurttemberg 1990 International Design Award, each award
The basic form is the body shaft diameter 4mm, the grip diameter 6.5 mm narrow axis, ballpoint pen : Rotary, Sharp: knock mechanism . Weight 13g ( ballpoint pen ), 9g (mechanical pencil).
The 30th Anniversary Special limited Edition “ZOOM707” is a retail price of 3,000 yen (tax-included price 3,240 yen), and is scheduled to sell 6,000 bottles.

What is ZOOM?
“ZOOM” Brand is a Writing series founded in 1986. In the background of the economic situation that was lifted at the time of the establishment, prominent brand goods were the mainstream in luxury goods. In this, we are not a pattern or a logo, but develop a series that makes you feel originality and value in the form. In addition to the above 505 and 707, a unique shape is proposed, such as a 2.5 mm thick card-type sharp pen and oval pen. At the same time, we have been making a lot of time and effort in the selection MONO and processing of materials. Currently, the “ZOOM” brand is full of 52 items in 9 products.
From the creation of the brand to the present, it is always evaluated as “individuality”, and a special limited edition is chosen as the 30th anniversary of the above-mentioned two products which have received the same patronage. 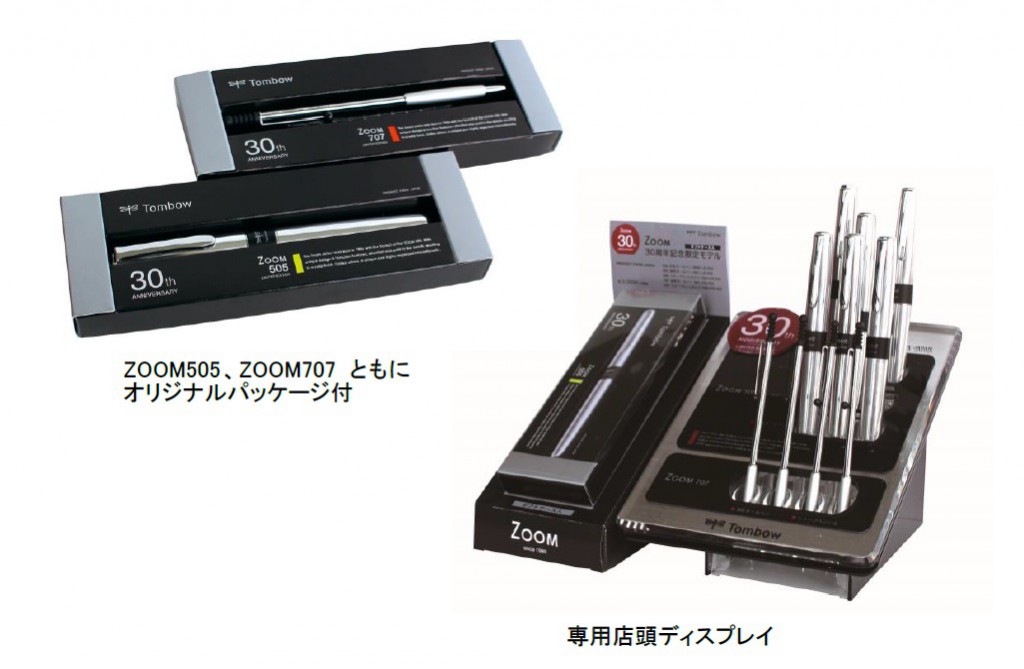